Network DVR: The Better Alternative to Cord Cutting and OTT 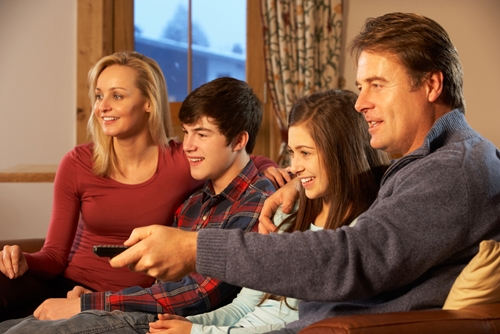 Network DVR (nDVR) is the latest evolution in recording TV shows for time-shifted viewing. Recordable VHS tapes and VCRs gave way to stand alone DVRs, such as TiVo, as well as set-top boxes with DVR functionality from MVPDs. Now cable subscribers have the option to access and stream their stored programming from a remote storage location to virtually any IP-enabled device over an Internet connection.

First, it is important to define our terms. nDVR is often called “cloud DVR,” indicating that content has been moved from a physical device in the home to a remote storage location. But rather than rely on the inefficiencies of the open Internet to deliver content to the subscriber, Evolution Digital recommends deploying a network DVR solution, whereby the storage location is within the closed network of a cable operator’s CDN and managed through a private back office solution. While cloud DVR is a good idea in theory, it is impractical when delivering high demand, high interest content over the public Internet. Cloud DVR is implemented in virtual MVPD streaming services, such as Sling TV and Playstation Vue, which have struggled with quality of service issues in recent months.

“Cloud DVR is not practical when delivering high demand, high interest content over the public Internet.”

By moving nDVR away from the built-in storage of an STB hard drive, but still in the MVPD private network, operators and their managed service provider partners can remove some of the hassles of CPE maintenance and storage space. Most notably, nDVR solutions don’t require the use of large, stand-alone in-home devices; rather, nDVR is enabled by the deployment of low-cost, compact set-top boxes without local storage. The change from legacy DVR to nDVR is similar to the larger shift to network computing services, largely for purposes of convenience (for customers) and also cost-effectiveness and future-proofing (for operators).

MVPDs in the U.S. and around the world have embraced nDVR as a way to reduce operational costs while still delighting customers with the same DVR features. Customers are now able to use smaller, quieter set-top boxes than the previous models with spinning hard drives inside. MVPDs have kept Internet connectivity costs down for nDVR by keeping the nDVR storage and streaming components on their private networks, as well as distributed throughout the MVPD’s access network.

How we got there: Tracing the evolution of nDVR

It has been more than a decade since the concept of the nDVR first really gained traction with a pioneering offering from Cablevision in 2006. Its take on nDVR allowed for networked storage, but eventually became the subject of litigation over whether it violated copyright law. A court ultimately ruled that nDVRs were lawful as long as they created unique copies for each customer, similar to how a traditional DVR works. This ruling allows cable operators to piggyback off of Cablevision’s nDVR approval, as it ensures that there are not additional license or contractual agreements required by each content provider.

Over the next few years, nDVR is expected to play an increasingly large role in cable operator strategies. One major reason is the perceived trend of cord-cutting, specifically among younger viewers. The 2015 Home Broadband study from the Pew Research Center found that almost one-fifth (19 percent) of Americans ages 18 to 29 had dropped cable or satellite service, with another 16 percent saying that they had never even had it.

nDVR could help address this trend in several ways:

Why nDVR is set for a bright future

DVR capabilities (record, pause, fast forward through commercials, rewind and restart) are commonplace for many cloud-based OTT services, such as Netflix and Hulu, so consumers increasingly expect it from cable operators, too. Licensing issues have held back the rollout of nDVRs in the past (the Cablevision case being the clearest evidence), but cloud-based policy engines could open up new opportunities for content control and rights management.

At the same time, the rise of nDVR should be a boon to consumers. They will be able to avoid costly and noisy STBs, as well as other pieces of customer premise equipment that can break down, lose recorded shows and require costly replacement. nDVR solves a common problem for consumers when their DVR breaks down: recorded shows are not “lost,” and they can be accessed from a variety of other devices.

MVPDs can also expand the DVR feature set more economically through nDVR. Without limitations of a particular set-top box implementation, MVPDs can offer more simultaneous recordings and more storage to consumers. In addition, centralized processing of recorded content can enable consumers to view recorded content on retail devices in more locations like outside the home. These compelling features can be delivered to IP-capable DVR set-top boxes as a further enhancement to an existing DVR customer.

Evolution Digital is helping lead the way toward nDVR solutions for operators through its eVUE-TV™ platform. With nDVR capabilities soon to be available on hybrid QAM/IP set-top boxes, such as Evolution Digital’s eBOX™, which also aggregates IP-VOD services, incorporating nDVR into a cable operator’s video offering has never been easier or more cost-effective. And, as cable operators migrate towards network-based DVR offerings for consumers, they will want to migrate towards hosting content on their private network, rather than “cloud” DVR functionality that streaming apps use (i.e. Sling TV) over the open Internet.

To find out more about how Evolution Digital can help you join the nDVR world, visit our website and feel free to reach out to us with any questions you may have.