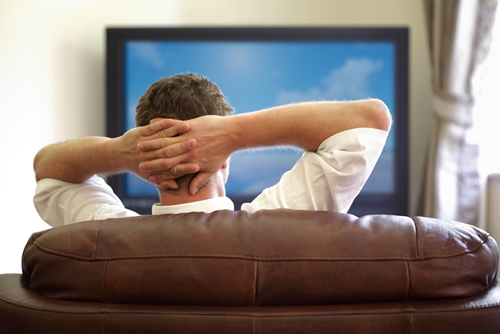 It is not just over the top (OTT) providers, such as Amazon, Netflix and Hulu, that are putting pressure on cable operators in the U.S. today. New delivery systems, from DIRECTV (now part of AT&T) and DISH/Sling TV to Playstation Vue, are also increasingly challenging the traditional cable business model. This is largely through the introduction of the so-called “skinny” bundle.

The “skinny” bundle has been brought to the market by MVPDs as a way to win back consumers who were ditching their cable services in favor of streaming Video on Demand platforms at a fraction of the price. These slimmed-down, live streaming offers use the open Internet as an alternative to older delivery mechanisms, such as QAM, forcing MVPDs into a competitive territory for space with capacity limits.

On the surface, these alternative delivery options sound appealing. But, by looking deeper, one can see that either the consumer will receive a limited programming lineup or end up paying much more than they would through cable with package add-ons to get to a comparable channel lineup. In comparing the various alternative delivery platforms and channel lineups to that of cable operators, it is important to ask what the costs are and whether or not a viewer will be able to view his or her favorite TV shows and movies.

Satellite-provided service has been a fixture of pay-TV offerings for decades, but it has evolved significantly in the past few years. DIRECTV was acquired by AT&T in 2015 and is now primed for an OTT move.

Many of the core DIRECTV services, including live and Video on Demand programming, will soon be available without a classic satellite dish. This is a clear play for the cord-cutter market, which for years has been ditching pay-TV systems for Internet video.

A key enticement for consumers to switch to new OTT services, such as Sling TV and DIRECTV, is the price slash in monthly fees. Take away yearly contracts, CPE leasing fees and credit checks, and these services have now knocked down huge hurdles that face television subscribers today. But what customers don’t realize that, with these pricing decreases come inevitable sacrifices, and these aren’t small.Cable operators shed 500,000 subscribers in the fourth quarter of 2015, while satellite providers held steady. DISH’s Sling TV service, which is a slim bundle of IP-streamed channels, propped up DISH’s numbers after attracting an estimated hundred thousand subscribers in its’ first month of availability.

2) Before Buying, Read the Fine Print

Sling TV recognizes its’ shortcomings in its’ base package offering so, in order to ‘beef up’ its’ content offering, Sling TV offers add-on packages. There are a total of nine add-on packages that, when totaled, amounts to 65 live channels when a consumer purchases all Extras. When adding up these costs, Sling TV’s service totals $85/month. Sling TV’s offering is similarly mirrored in Playstation Vue’s streaming subscription options. Playstation Vue’s ‘Core’ package delivers roughly 75 channels for $44.99/month.

Further adding to Sling TV’s complexity is the issue of single-stream versus multi-stream viewing rights. Sling TV’s “Best of Live TV” package, which includes channels, such as ABC, Freeform and ESPN, allows for only single-stream in the household. That means that only one user can watch Sling TV at any given time. In order to subscribe to Sling TV’s multi-stream offering, one will get FOX channels; however, highly-rated programming, like ABC and ESPN, will not be available to the consumer. In comparison, cable operators do not restrict viewing capacity in any way so, if you have multiple TVs in your household, you and your family members are free to watch different channels at the same time. Say good bye to viewing conflicts!

A huge downside to subscribing to services, such as Sling TV, Playstation Vue and DIRECTV’s soon-to-be launched OTT service, is the absence of access to other video and OTT apps. For example, a consumer cannot access Netflix or Hulu from the same platform as Sling TV. However, many cable operators are now integrating OTT apps onto their platforms, making finding and searching content easy for the consumer, as he or she won’t have to switch boxes, HDMI inputs and remotes.

Layer3’s video offering, to many in the industry, remains a mystery. In theory, the Layer3 service is a more ‘cable-esque’ solution than Sling TV or DIRECTV’s coming service, since the Layer3 STB is where everything comes together. In fact, Layer3 positions itself as “The New Cable,” and proposes offering 150 channels of HD content, all delivered through a set-top box sold directly to consumers. So, it really isn’t all that different from cable operators, as the only differentiation that it seems to have, to date, is delivering all of its’ content through an IP connection, bypassing the cable operator. But with no announced packaging, pricing or programming agreements, it is difficult to determine the viability or competitiveness of this proposed service.

Consumers need to think long and hard about an entertainment solution that best fits their needs and financial capabilities. The solution is easier than many consumers think, and operators can ease many minds by simply adopting an IP hybrid STB strategy. A new hybrid STB with both QAM and IP connectivity gives cable providers a sustainable and cost-effective path forward by presenting customers the breadth and depth of video content available to customers.

Evolution Digital’s eBOX® IP Hybrid STB, available to cable operators, can be configured to support an all-IP platform, including live linear, Video on Demand and network DVR on one platform with added features, such as universal search, browse and personalized recommendations, not only across the operator’s channel offering, but also across OTT apps. Looking for season one of your favorite TV show? No problem! Users can simply search for that program and eBOX will populate results across all available options, both cable and OTT-provided.

In addition, by layering in an IP Video and VOD system like Evolution Digital’s eVUE-TV platform, the cable operator can offer approximately 95% of the content that an OTT service delivers so that customers don’t need to subscribe to other streaming services in order to have the ability to ‘binge watch’ the TV shows and movies they enjoy most.

Cable operators are at an advantage, as they have the programming deals and broadband connections in place and own the customer relationship. It will be up to them to continue to innovate and provide the services and packaging that their customers want in order to stave off the OTT newcomers.